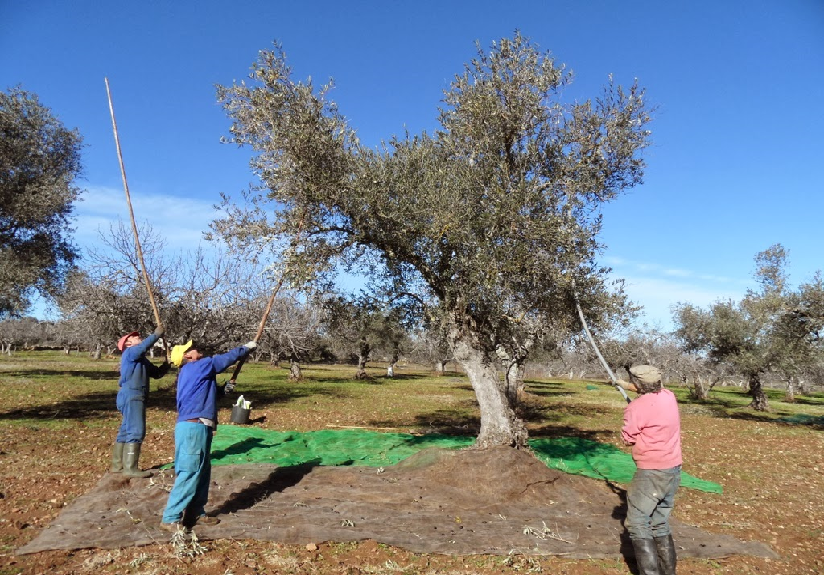 If there is an important process that has dramatically changed over these years, it is the olive oil production.

Obviously, the recent technology and its advances have improved the olive oil quality. However the  basic processing steps remain the same due to the fact that  this process is highly important in the maintenance of the  olive oil properties.

We need to  focus on each of these steps in order to get a better understanding of how the elaboration process is:

What is clear is that the first step is collecting olives, usually between December and January.

The main point in which we need to be focus in are the weather conditions during the year,  because depending on the amount of rainfall our olives will be prepare to be collected be collected sooner or later.

A drought year means a drecease in the amount of olives and consequently a  poor olive oil quality.

Furthermore, there is a huge amount of farmers who practice an early harvesting in order to obtain a better quality product.  As it is well known, olive oils obtained from early olives have better properties than the rest. 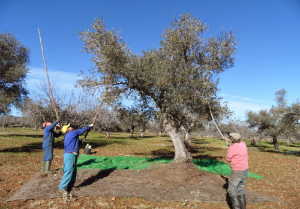 The opposite process to the above case is to collect olives days after their exact maturation, thus farmers obtain the characteristic mature oil, lightly sweet.

This type of collection could be dangerous once mature olives begin to pit.

The olive harvest may be performed through different techniques:

The time between the olive recollection and the milling should be shortest to ensure the olive oil properties remain intact.

The blowing and laundering

In this step, we have to choose which olives are better used in the mill in order to provide high-quality oil. To make this work, we have to apply a BLOW technique.

It consists in a conveyor in which olives go through and at the same time some fans blow these to remove any leaves, twigs and steam.

The next step is washing the olives through water jets coming out under pressure.  Thanks to them, harmful substances are perfectly eliminated, without affecting their flavor.

At this stage, we start the olive oil extraction.  Through GRINDING, olives including grinds are squeeze.

In the past, stone mills were used but nowadays, thanks to numerous advances in technology, metallic mill are generally used.  Presently, three types of mills are used:

When the grinding is done, a paste is obtained, which contains the oil along with the pulp, water, and bones that have been crushed. 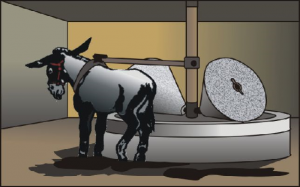 The beaten and spin

At this point, as its name suggests, the mixture is stirred for 20 to 40 minutes. The mixing must be controlled to avoid oxidation.

Next, the paste is sent  through a centrifuge. When the centrifuge spins, the olive paste remmants are pushed to the sides while water an oil are extracted from the center of the centrifuge. The oil and water are later separated.

At this stage, a good temperature is important.

Temperature cannot exceed 30 degrees Celsius.  If this happens, the process would be a waste of time. Upon a right completion, three layers are obtained:

– The lowest layer contains the pomace.

– The middle layer contains the Alpechín.

These three layers are formed because they are products with different densities, thus we have the oil separated from everything else. 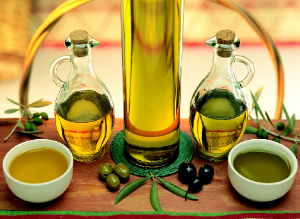 In the last stage, we must filter the oil to make it as clean and bright as possible.

Nowadays, according to the type of filter used, we can find polished oils in the market, in which the perception will be cleaner or more shining or branch oils, those that have not been filtered and, therefore, appear dirtiest.

However, these are stronger in flavor as these retain many of their properties.

These olive oils are very easy to distinguish because at the bottle bottom dregs can be viewed. Dregs are removed in the process of brightening and filtering.

In short, both oils have gone through the same development process, but one is not filtered and the other does.

Some benefit of olive oil

There are large amount of healthful benefits coming from the olive oil, so it is highly recommended to take a daily dose. You can substitute extra virgin olive oil for other fats such as butter.

Your body would appreciate that.